Peter Ranscombe Peter's debut novel, Hare, was published in hardback, paperback and ebook by Knox Robinson – click on the links below to find out about the book

Burke & Hare: Fact & Fiction
Museum of the University of St Andrews, 7a The Scores, St Andrews, KY16 9AR
Thursday 19 February 2015, 5:30pm to 6.15pm
St Andrews physics graduate Peter Ranscombe will return to the Fife town to speak about the fact and the fiction behind Burke and Hare, Scotland’s most notorious murderers, who inspired Peter’s debut novel, Hare. His talk accompanies the “Doctors in the Making” exhibition at the museum, which includes a cast of William Burke’s death mask.
http://www.st-andrews.ac.uk/museum/events/adultprogramme/ 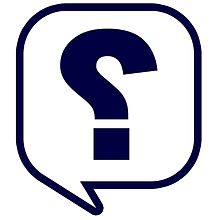 Edinburgh Skeptics – ‘Burke and Hare’ screening
The Banshee Labyrinth, 29-35 Niddry Street, Edinburgh, EH1 1LG
Thursday 27 October 2016, 7.15pm
Peter Ranscombe will speak about the fact and the fiction behind Burke and Hare to introduce a screening of John Landis’ 2010 film about the duo.
https://www.meetup.com/EdinburghSkeptics/events/234424294/

Borders Science Festival 2017
Selkirk Library, Selkirk, TD7 4LE
Saturday 13 May 2017, 7pm
Peter Ranscombe will talk about the fact and the fiction behind Burke and Hare and read from his debut historical novel, “Hare”, as part of the Borders Science Festival.
http://www.liveborders.org.uk/libraries_and_archives(1)/borders_science_festival_2017